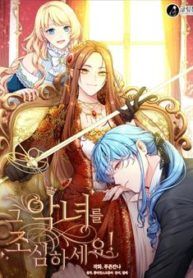 I became the villainess of a novel! Do I hate it? No! I find it rather nice. A duke’s daughter = a jobless rich person. How I can miss out on a chance like this?! This is the best chance to just enjoy life. I should throw out the main plot and just live life how I want to! Not long after waking up as the villainess, I witnessed my fiancé, the novel’s male lead, the crowned prince, cheating. I saw him embrace a lady other than me and he was smiling so bright. I was brought to tears… Just kidding, I didn’t cry! My tears are worth too much to be wasted on that garbage. Instead of tears, I yelled out, “Your highness, are you trash?” The main character with a personality of a refreshing soda! The girl-crush protagonist that will completely throw out the main story! Why? Because it’s a waste for a girl to be surrounded by cheap cars. (cars = men)